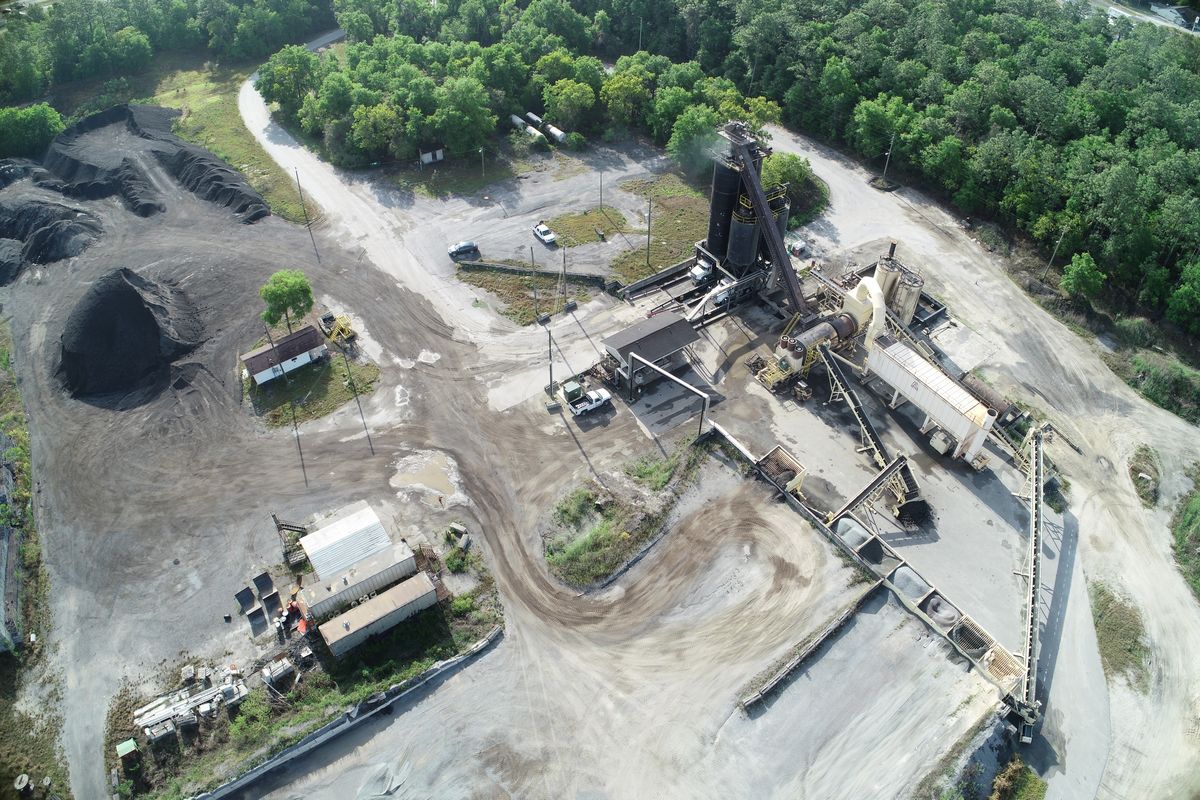 Florida Aerial Survey Technologies (FAST) provides extremely accurate stockpile measurements to ensure your company knows how much inventory is on site. Here is an asphalt plant where FAST was measuring stockpiles using drones.

It wasn’t long ago that measuring asphalt and raw aggregate stockpiles required a small team of people. Many asphalt companies need to know the amount of raw material stockpiled on site for inventory asset turnover calculations. Not only are these measurements helpful for inventory accounting, but they also allow companies to finance lines of credit against their assets on site.

Using a drone to carry out stockpile measurements has a number of advantages. One of which is the way the data is captured. With traditional methods, a team shoots the GPS positions of a handful of points around a pile. The result is a survey deliverable with a few dozen to several hundred points. Turnaround times vary, but for an in-house team, the turnaround is typically at least 3-5 days on a medium-sized asphalt plant.

Using drones allows our clients to capture data on the whole site. Companies get an updated map view of their entire site, allowing managers to see where equipment is laid out. It also allows them to see the general condition of fixed assets like plant equipment and even roofing.

Drone stockpile data allows asphalt companies to have all of the information on the site. Drones measure stockpiles by flying and modeling a general area. What does this mean for our clients? When a question arises in the future, often the answer is available. This is because the drone captures millions of data points on the whole site instead of just the areas we believe we need today.

Did you catch that? A traditional survey may produce a few hundred data points. Drone surveys capture millions. In fact, on a 20 acre site, our typical finished point cloud consists of approximately 35,000,000 data points.

Why do our clients care? Well, we often achieve repeatable data tolerances of 2-3%. Tighter tolerances give plant managers and accountants a better idea of what the exact inventory is on site.

With so much data, clients could be forgiven for thinking it takes weeks to turn around. Afterall, that is pretty standard timing in the survey industry. In fact, our data is often turned around in 3-5 days. Our clients love knowing their stockpile data. One of the most common uses for this data is measuring plant efficiency. Because data capture happens in just 2 hours, there is less down-time for plants. Furthermore the accuracy of data measure efficiency is better. This is due to the shorter collection time. Not as much changes during a drone survey that takes a couple hours compared to the traditional methods that take a few days on site.

These efficiency numbers allow accounting teams and plant managers to uncover trends in their data. Are they ordering too much material? Too little? Are their day to day measurement heuristics working well? Will the quarter and year end adjustments be manageable? Stockpile measurement data helps answer these questions.

In conclusion, stockpile data is vital to operations at asphalt plants. It helps both managers and accountants. Drone collected data allows a complete picture of the site and gives context to the data. Getting stockpile data doesn’t require long down periods or a full time team. Our team is standing by to help you capture your stockpile data and distribute it to the appropriate teams in your company.

If you are interested in using our services, feel free to contact us below. Whether the need to measure your stockpiles stays consistent throughout the year for asset turnover ratio calculations or a discrepancy has come up on a site, our team is here to help.

How Topographic Maps Are Used

What does it take to have a job as a survey technician?